New research suggests that cannabis use by people in care for opioid addiction might improve their treatment outcomes and reduce their risk of being exposed to fentanyl in the contaminated unregulated drug supply.

In a paper, published today in the peer-reviewed journal Drug and Alcohol Dependence, researchers from UBC’s faculty of medicine and the BC Centre on Substance Use (BCCSU) found that 53 per cent of the 819 study participants in Vancouver’s Downtown Eastside were intentionally or inadvertently using fentanyl, despite being on opioid agonist treatments (OAT) like methadone or buprenorphine/naloxone. These evidence-based treatments aim to support people who want to eliminate their use of unregulated opioids, however, these findings suggest people may be supplementing their treatment through the unregulated drug supply, putting them at risk of overdose.

However, researchers found that those in the study who had urine tests positive for THC (the primary psychoactive component of cannabis) were approximately 10 per cent less likely to have fentanyl-positive urine, putting them at lower risk of a fentanyl overdose. 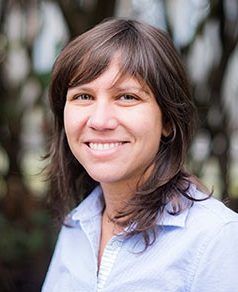 “These new findings suggest that cannabis could have a stabilizing impact for many patients on treatment, while also reducing the risk of overdose,” said the study’s lead author Dr. Eugenia Socías, assistant professor in UBC’s department of medicine and a clinician-scientist at BCCSU. “With overdoses continuing to rise across the country, these findings highlight the urgent need for clinical research to evaluate the therapeutic potential of cannabinoids as adjunctive treatment to OAT to address the escalating opioid overdose epidemic.”

Untreated opioid use disorder is a key driver of the overdose crisis in BC and across the United States and Canada, and expanding access to evidence-based addiction care like OAT has been identified as an urgent need and a key part of BC’s response. Research has found that without access to and rapid scale-up of take home naloxone, overdose prevention services, and OAT, the number of overdose deaths in B.C. would be 2.5 times as high. However, while more British Columbians diagnosed with an opioid use disorder are being connected to evidence-based treatments, retention on these medications remains a challenge. People who are retained in OAT face much lower risks of dying from an overdose, acquiring HIV or suffering other harms of drug use compared to people who are out of treatment.

Cannabis may play an important role in supporting retention on OAT. Previous research from the BCCSU found that individuals initiating OAT who reported using cannabis on a daily basis were approximately 21 per cent more likely to be retained in treatment at six months than non-cannabis users. This was the first study to find a beneficial link between high-intensity cannabis use and retention in treatment among people initiating OAT.

The findings published today add to an emerging body of research suggesting cannabis could have a stabilizing impact for many patients on treatment, while also reducing the risk of overdose.

Researchers from BCCSU will soon be able to confirm these preliminary results, as the Canadian Institutes of Health Research, Canada’s federal health research funder, recently approved funding for a Vancouver-based pilot study evaluating the feasibility and safety of cannabis as an adjunct therapy to OAT.

“Scientists are only just beginning to understand the role cannabis might play in supporting people’s wellbeing, particularly those who use other substances,” says Dr. M-J Milloy, study co-author and the Canopy Growth professor of cannabis science at UBC, who will lead the new study with Dr. Socías. “This study will help us understand if and how cannabis might have a role in addressing the overdose crisis.”

This work was funded by grants from the United States National Institute on Drug Abuse.

This story was originally published on the BC Centre for Substance Use website.